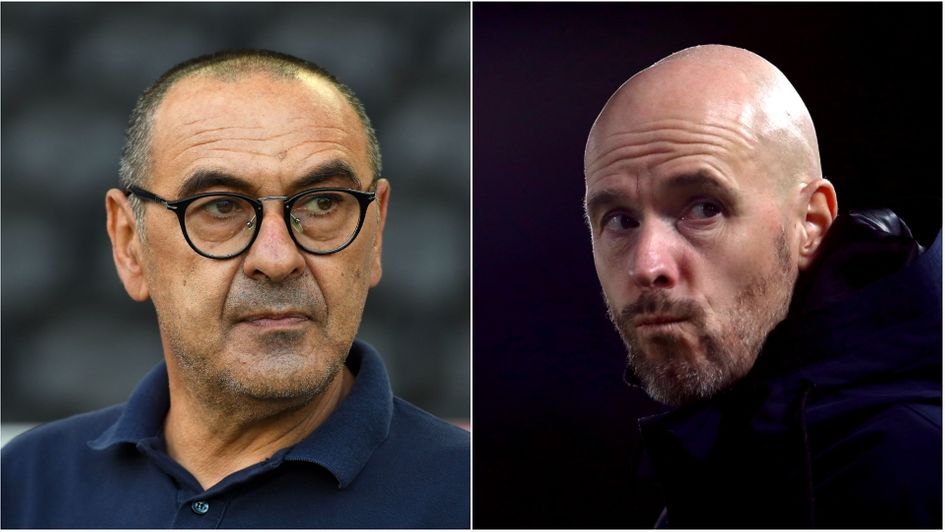 Maurizio Sarri is the new favourite for the Tottenham job

Former Chelsea boss Maurizio Sarri, and Ajax head coach Erik ten Hag have been backed into favouritism to be the new Tottenham manager.

The duo have emerged as the leading candidates after RB Leipzig head coach Julian Nagelsmann, the early front-runner, agreed to take over at Bayern Munich in the summer when Hansi Flick is expected to become Germany boss.

Sarri went as short as 5/2 to take over from interim head coach Ryan Mason following Jose Mourinho's sacking earlier in the month, before drifting slightly to between 3/1 and 5/1, as Ten Hag replaced him at the top of the betting.

The Dutchman, whose Ajax side were beaten by Mauricio Pochettino's Spurs in a dramatic 2019 Champions League semi-final, is marginal favourite with most bookies, but few are going shorter than 3/1.

Sarri's time at Chelsea was certainly a mixed bag, winning the Europa League and finishing third in the Premier League, as well as guiding the Blues to the Carabao Cup final. But his side's style of play, referred to as "Sarriball", caused controversy amongst Chelsea fans.

Less than a month after his side's comfortable 4-1 victory over Arsenal in the Europa League final, the Italian left for Juventus.

It wasn't to be love at first sight though. At Juve he was perhaps harshly treated, sacked just two weeks after winning the Serie A title, with the club citing a lack of progression in the Champions League as the main reason for his departure.

He has been without a club since August 2020.