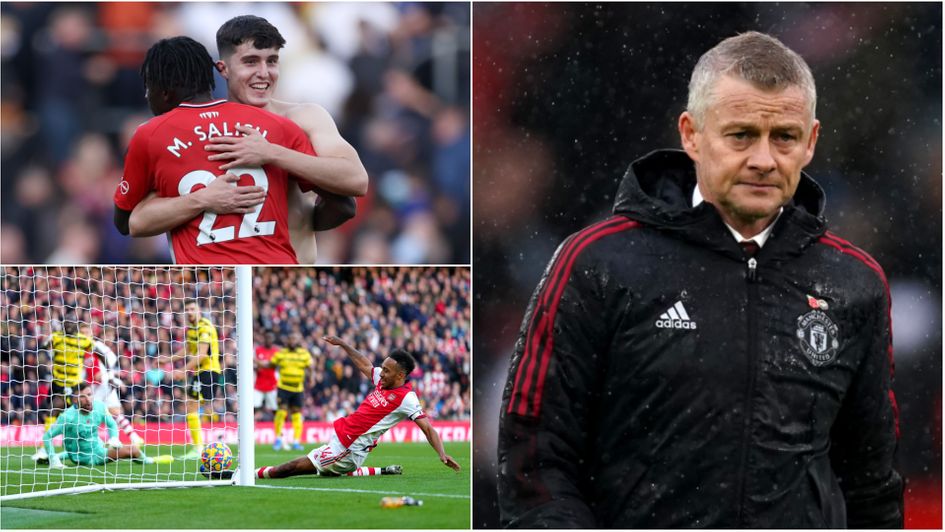 Southampton afforded themselves the opportunity to sit back, relax and enjoy the rest of the Premier League weekend with a solid 1-0 win over Aston Villa on Friday night.

Holding any opponent to just 0.74 xG is very impressive on face value, but even more so when adjusting for the fact that Southampton's winner was scored in the third minute, forcing Ralph Hasenhüttl's side to withstand further Villa pressure.

The performance, however, is representative of a wider improvement in defensive displays recently, with the Saints clearly marching to the same tune in that area of the pitch.

Southampton's ten points gained out of a possible 12 in their last four league matches is their reward for a prolonged period of relative solidity, keeping five clean sheets in their last eight, and allowing over 1.08 expected goals against (xGA) in only two match-ups — away to Manchester City and Chelsea. 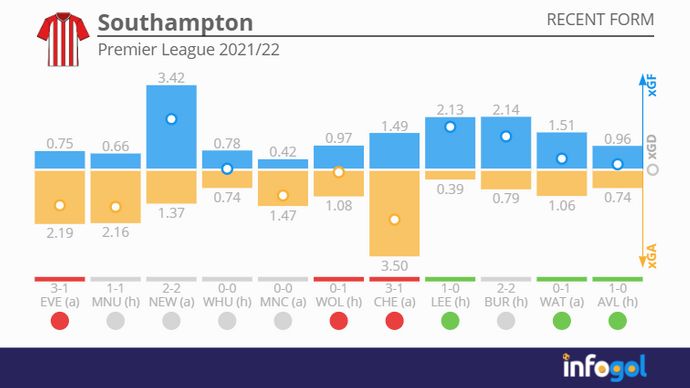 Hasenhüttl took time to praise others in his post-match comments, notably the recruitment team, who have identified the likes of Mohammed Salisu and Tino Livramento, top performers for the club this term.

The Austrian should be highly commended for his part, though, especially in the current climate. Dean Smith became the fifth managerial casualty of the Premier League season following Villa's defeat, shortly after Daniel Farke was let go by Norwich.

Both were mentioned in last week's column, which focused on managers under pressure. Now, only one name remains...

Despite Manchester United putting in perhaps the most abhorrent display of any team this weekend, Ole Gunnar Solskjær is said sole survivor.

It was a fitting tribute to FA Cup First Round weekend that Solskjær's side performed in likeness to a non-league club desperate to avoid an embarrassing scoreline against a team gulfs ahead in the football pyramid.

This was the Manchester derby, though, and the 2-0 loss at Old Trafford was every bit the embarrassment that a heavier beating would have elicited.

United barely threatened a comfortable City team at any point in the game, recording a total of 0.84 expected goals for (xGF) despite trailing early, and taking just two shots totalling 0.06 xG after falling two goals down — an unacceptable effort in the circumstances. 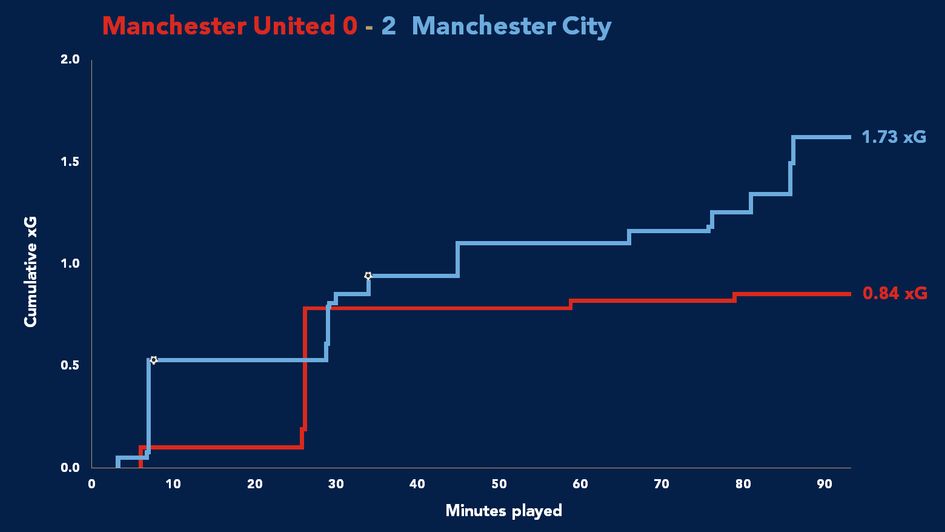 As someone with zero affinity for any current Premier League team, United's underachievement is a source of borderline comedy at times, the storm-in-a-teacup providing light relief for a neutral, but this showing, simply put, encroaches on almost everyone's idea of entertainment.

Much like their xG timelime on Saturday afternoon, United are flatlining under Solskjær. Question is, when will the board call it? After all, time of death was weeks ago.

A space in this column is often saved for a standout performer of the Premier League weekend, almost exclusively for good reasons.

Unfortunately for Pierre-Emerick Aubameyang, the rationale behind this week's section is negative — albeit with a positive outcome for his team — after nothing went to plan for the Arsenal captain in a 1-0 win against Watford.

A heavy touch denied him an excellent scoring opportunity in the opening moments of the match. Bukayo Saka tucked it away after latching onto the ball, but it was ruled out by VAR.

Aubameyang then missed a penalty that would have put the game to bed (0.80 xG), before tapping in a Martin Ødegaard shot from an offside position that was destined to go in anyway.

It's a fine stop from Ben Foster to deny Pierre-Emerick Aubameyang from the penalty spot! 🧤

His unfortunate outing does give us a good opportunity to wax lyrical about Arsenal's continued good form, though, collecting 20 of a possible 24 points to rise to fifth in the table after opening the campaign with three defeats.

Arsenal's defensive work deserves a fair amount of credit for such a return, averaging 1.10 xGA per game and conceding just four goals across those eight matches.