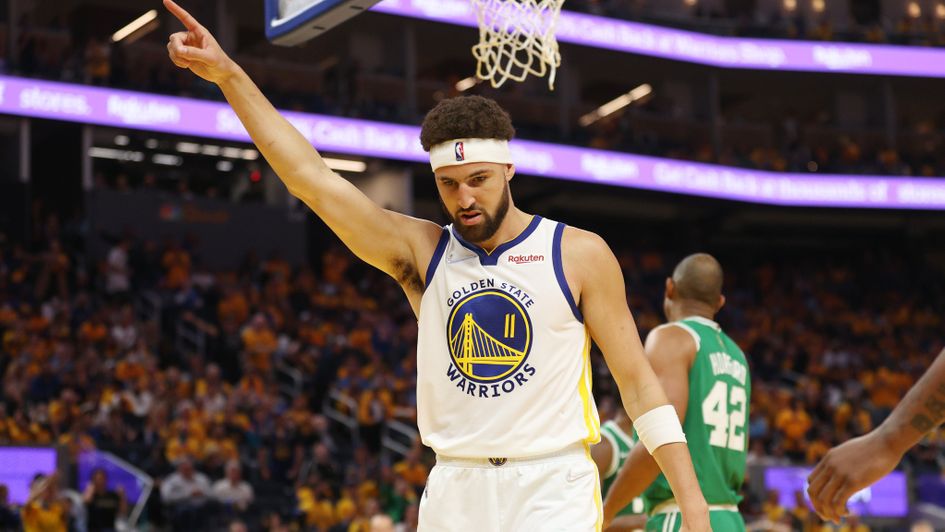 Jayson Tatum and the Celtics can go well in game 2

The NBA Finals head into game 3, the series tied after two games on the west coast. Jake Osgathorpe selects his best bets.

Games 1 and 2 of this series couldn't have been more opposite in result.

Boston blew out Golden State in the opener, before the Warriors did the same to the C's in the second meeting, meaning we are left guessing as to what we will see here in game 3.

One thing we can ascertain is that Boston's reliance on ISO ball could hinder them over this seven game series.

ISO ball is a play in which one offensive player has the ball with other offensive players nearby but not in close enough proximity to where the ball handler can pass - effectively, the ball is given to one player who then attempts to make a shot.

Compared that to Golden State's team ball, where the rock is shared round and plays are run to provide easy baskets, and the latter is likely to prevail in the long run.

After all, the ISO ball requires a hot shooting hand from difficult shooting positions as there are no plays run in order to get 'easy' points via ball movement or pick setting.

The C's were cold in game 2, particularly after the first quarter, and that led to them clanking shots and the Warriors pulling away.

If they have an off-night shooting, it's hard for them to compete with the Warriors, who are yet to fire on all cylinders in these finals.

Their team play on both ends of the court is expected to help them stay close in this game, and given Boston haven't been great at home in the post-season, losing four of their last seven, taking GOLDEN STATE +4.5 POINTS HANDICAP appeals.

Steph Curry has carried his team in both matches, with none of his running mates going along for the ride, but I fancy that to change in this game 3.

Klay Thompson has been very quiet in the series so far, scoring 15 and 11, and is due a big game. Even if he contributes 20-25 points, that would put the Dubs in a great position to win the game.

For a guy who has averaged 46.4% from the floor over the last seven seasons and a 41.5% career three-point shooter, he will snap out of his slump soon.

The fact he took 19 shots in game 2 shows he is getting scoring opportunities, likely due to Boston's focus on stopping Steph, so he will get looks here and I expect him to cash more in-line with his averages, which makes KLAY THOMSPSON OVER 18.5 POINTS appeal.

This bet has landed in four of the Warriors seven away play-off games this post-season, with Klay scraping the line twice with 19 points, and blowing past it twice with games of 26 and 32.

I wouldn't be surprised to see him have a game like those latter two here.