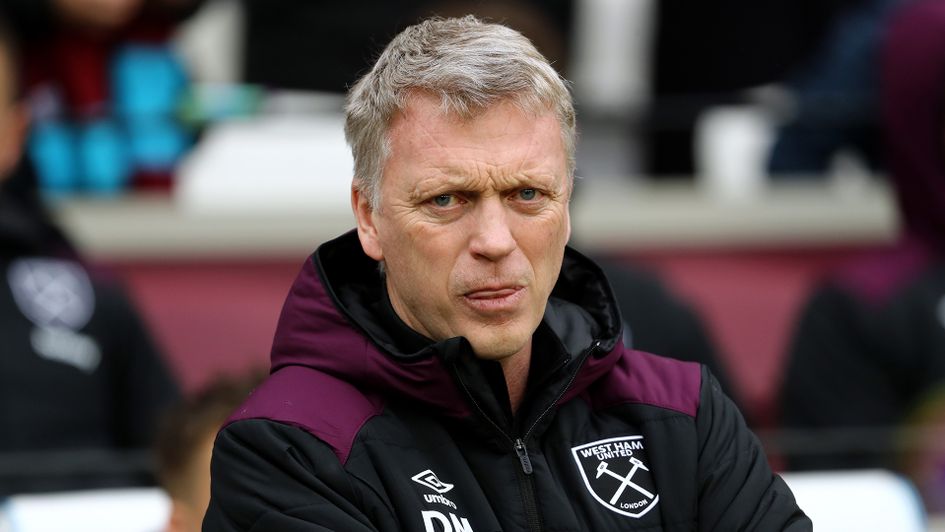 West Ham boss David Moyes insisted VAR got it wrong while Chris Wilder admitted even he was "deflated" after the technology denied his team a last-gasp equaliser against Sheffield United.

Behind to Oliver McBurnie's goal at the start of the second half, the Hammers thought they had snatched a draw in injury time.

Robert Snodgrass looked to have made it 1-1 when he squeezed a low shot between a post and goalkeeper Dean Henderson, but replays showed that the ball had hit Declan Rice's arm in the build up.

The VAR decision was greeted like a second goal by the Bramall Lane faithful and condemned West Ham to a first defeat under Moyes in his third game in charge.

📹 VAR again in the headlines!

⚒️ Hammers furious with late handball decision, where do you stand on it??#SHUWHU #VAR #WHUFC pic.twitter.com/WQ0Iv1u9hd

The Scot said: "I thought it was a deserved equaliser, it looked a good goal for me.

"Declan does great, powering through the middle and does everything right - good pass and good finish. It looked a good goal.

"I've seen the replay and it still looks a really good goal. If you've played football and you've been there and are a football man, then it can only be a goal.

"The defender did well to get back at Declan, heads it and tries to clear it, and it hits Declan's arm. It used to be that defenders defended with their hands behind their back, should all players on the pitch do that now?

"It was a good goal and a very good performance. It was certainly worthy of at least a draw, maybe more."

Rice himself described the disallowed goal, which was chalked off correctly under the new handball law, as a "real kick in the teeth".

"I just can't get over it. I've not intentionally meant to handball the ball," said the England international, before delivering a withering assessment of VAR.

"I don't think pretty much anyone wants to have VAR in the game," he added on Sky Sports.

"They (Sheffield United) are celebrating VAR like it's a goal, no one wants to see that."

He added on Twitter: "He's headed the ball onto my arm?! where am I supposed to put it if I'm in a running motion? Really don't get it, gutted."

The VAR call was not the first piece of bad news for West Ham on Friday night after Lukasz Fabianski suffered an injury inside the opening quarter-hour of the match.

The Hammers goalkeeper, who only returned from a three-month absence on December 28 following hip surgery, winced in pain as he cleared the ball and immediately signalled to the bench before sitting on the ground in dismay.

He received treatment on the pitch for a couple of minutes before David Martin replaced him between the posts.

On the injury, Moyes said: "It looks like it's a recurrence of his injury. I couldn't tell you at the moment, but I'm guessing he'll get all the tests done tomorrow to see what it is.

"The first thing we have to do is see how bad the injury is, is it a bad one?"

Chris Wilder celebrated signing his new Sheffield United contract with a win, but the Blades boss admitted he was left "deflated" by the manner of the victory and felt for his opposite number.

"I've got a lot of sympathy for David and his players," said Wilder. "A fellow manager, I know how much it means to David, has seen his team play at full tilt and try to get a last-minute equaliser and then it gets chalked off.

"I will say, and everyone knows, that has happened to us two or three times this season. So what their manager has felt, I've felt. But I feel a little bit deflated, if I'm honest."

Wilder, whose new contract takes him up to 2024, saw his team returned to winning ways following a tough festive period that saw them face Manchester City and Liverpool in back-to-back away matches.

The Blades boss hailed this victory as their biggest of the season so far, adding: "It's a huge three points for the football club after the back-to-back defeats we had, even though it was Manchester City and Liverpool.

"To get to 32 points for us at this stage of the season is a great reward. We didn't play great but the result is bigger than the performance.

"I don't like losing. We got beat at Manchester City and Liverpool, we made sure we don't lose a third one. It's the biggest three points of the season for us by a long shot as far as I'm concerned."