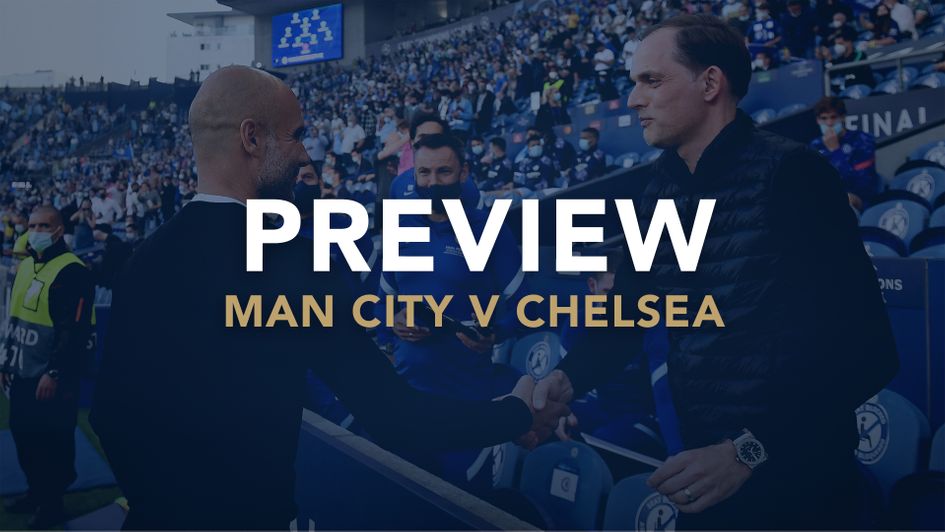 Manchester City are currently ten points clear at the top of the Premier League and another title for Pep Guardiola looks all but assured.

The Citizen’s 3-1 victory over Watford at the beginning of December set a new record of 31 wins in a calendar year, surpassing the 30 they achieved in 2017 and 2019 - there were still a further five victories to come before 2021 came to a close.

There are few superlatives remaining to describe the achievements of this Manchester City side, and the fact that they arrive into a fixture with Chelsea on the back of seven successive wins, with the European champions priced at as big as 9/2 for victory, tells you all you need to know about the superiority of Guardiola’s men.

Chelsea themselves, however, come into this match having not tasted defeat in any of their last six Premier League matches, but the four draws across that period are the underlying reason they have lost pace with their title rivals.

It is a continuation of the problems the Blues suffered last season under Thomas Tuchel, their lack of ruthlessness resulting in them drawing five of the 19 matches the German coach oversaw in the league – City drew none across the same period.

Whether it is a lack of creativity on Chelsea’s part remains up for debate, however. The Blues have created chances equating to almost 10.0 expected goals (xG) fewer than City this season, as well as 11.5 less than Liverpool.

That being said, they have created 8.6 xG more than the next best in the league (West Ham).

For a little more context, Real Madrid (top of La Liga) have only created 0.08 xGF (Expected Goals For) more than Chelsea; Inter Milan (top of Serie A) 4.3 more; and PSG (top of Ligue 1 by 11 points) have actually created 7.1 less.

The Premier League is at the peak of its powers currently, and it would be wrong to judge Chelsea too harshly purely on the basis that they are yet to consistently perform to the same level as two sides who have been constantly building for over six years.

Football is cyclical, and the re-emergence of the long-term manager looks to be upon us. Chelsea’s new cycle is at the very beginning – the fact that Tuchel has already provided them with a Champions League trophy is a bonus.

Will Guardiola or Tuchel reign supreme?

But that gives us little insight into the present day, and more specifically on how to approach this fixture from a betting perspective.

The two managers hold the key to this fixture, and while Tuchel claimed the spoils in the Champions League final back in May, Guardiola was certainly the victor as these two met earlier in this Premier League season. 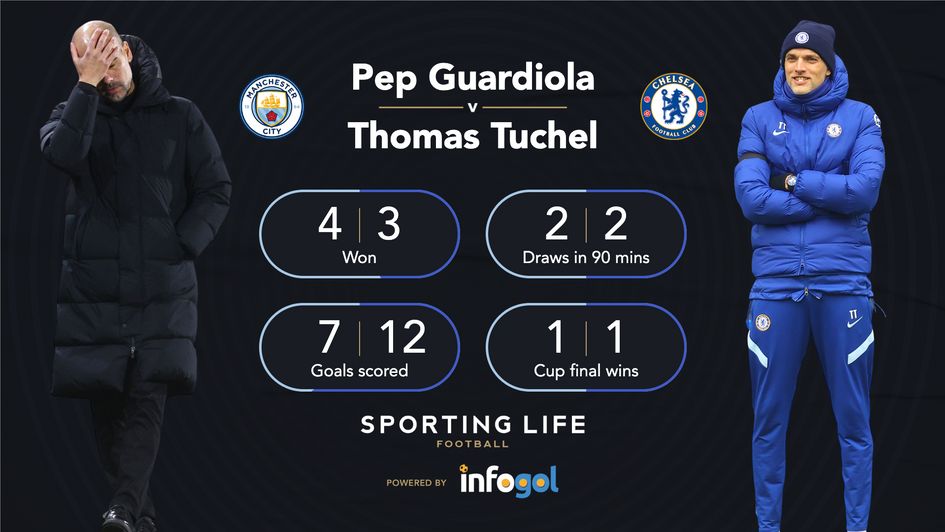 City limited Chelsea to just four shots in that match, claiming 60% of possession, and asserting their dominance without mercy.

Tuchel’s men were far too passive, something it is difficult to see them falling folly of once again.

Lose this and Chelsea are out of the title race - if they weren’t already - but a draw really does them no favours either. The only result that will change anything is a Chelsea win, and the Blues will need to force victory.

Their 1-0 defeat to City at Stamford Bridge in September was the first time that a Thomas Tuchel side has failed to score against Guardiola’s men since the German’s arrival in English football, and it is not something that is likely to happen again.

The Blues are creating chances at a rate of 2.0 xGF per match, and even against a defence as good as City’s – the best in the league as per expected goals – that should be enough to ensure they find the back of the net.

As far as City are concerned, siding with the champions to score at home is a much easier argument to win.

The Citizens have found the net in each of their last 11 league matches, failing to score on just three occasions all season, and given they are racking up chances equating to 2.46 xGF per game, not much more persuasion is required.

Irrelevant as to who emerges the victor of this clash, backing BOTH TEAMS TO SCORE at a price of 17/20 makes definite appeal, with the attacking talent at the disposal of both coaches speaking volumes for itself.