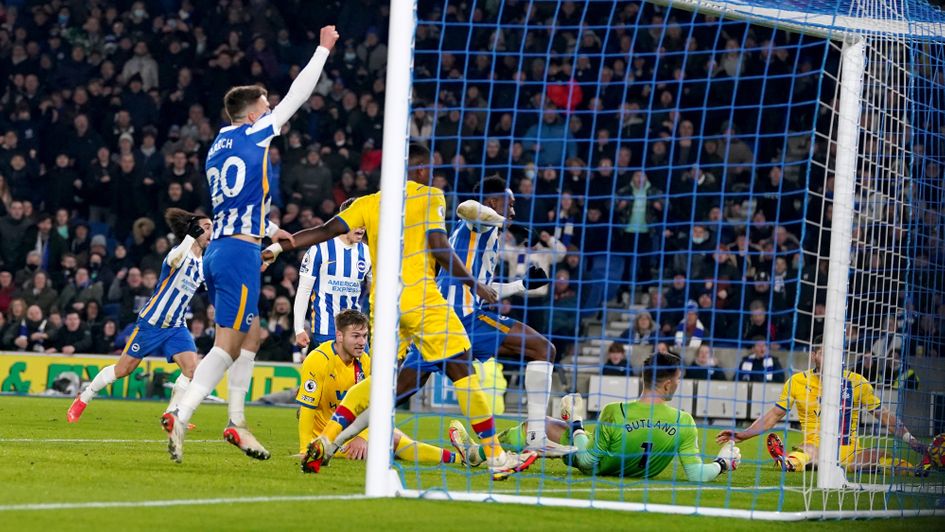 Brighton overcame a missed a penalty and a disallowed goal to salvage a 1-1 draw with rivals Crystal Palace thanks to a late own goal from Joachim Andersen.

The result delivered a winner for Sporting Life readers after our tipster Jake Pearson had backed a draw at 12/5.

Albion had looked set to slip to a galling loss after Conor Gallagher’s seventh goal of the season gave Palace an undeserved second-half lead.

But the Eagles were unable to snatch all three points in Sussex for the third successive season as Andersen inadvertently diverted the ball into his own net three minutes from time.

Seagulls midfielder Pascal Gross had seen a weak first-half spot-kick kept out by Jack Butland before Neal Maupay had a close-range strike ruled out for a foul on the Palace goalkeeper just moments later.

Brighton are level! They've got the goal they deserve at long last, but this is so cruel on Crystal Palace duo Joachim Andersen and Jack Butland, the two who combine to concede... pic.twitter.com/V1rzfLzW6K

VAR was at the heart of the drama, with referee Robert Jones consulting the pitch-side monitor ahead of both decisions.

Butland was in inspired form to keep Patrick Vieira’s visitors in the contest.

In addition to the maiden top-flight penalty save of his career, the former England international produced fine stops to deny Leandro Trossard and Jakub Moder, while the latter also struck the crossbar.

The entertaining south-coast stalemate moved Brighton to eighth on goal difference, three places and four points above their opponents.