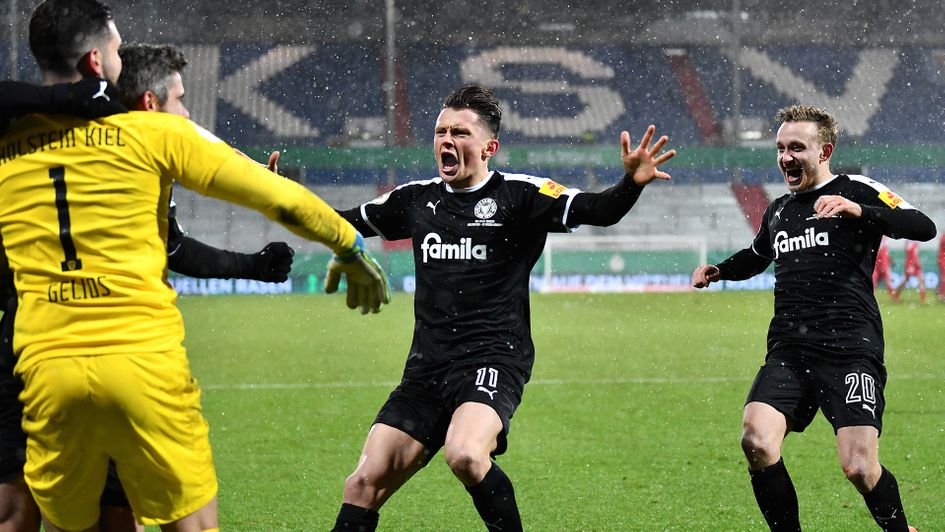 Bayern Munich were dumped out of the DFB-Pokal in the second round after a penalty shoot-out defeat to 2. Bundesliga outfit Holstein Kiel.

The defending champions fielded a strong line-up and took the lead in the 14th minute at Holstein-Stadion through Serge Gnabry.

Hansi Flick’s European champions looked set to progress but Hauke Wahl popped up in the fifth minute of stoppage time to take the tie to extra time, where the match remained 2-2 and went to penalties.

Both teams were successful with their first five spot-kicks before Marc Roca missed Bayern’s sixth effort from 12 yards.

And Bartels was the hero for the second division side when he slotted past Manuel Neuer for an unlikely cup victory.