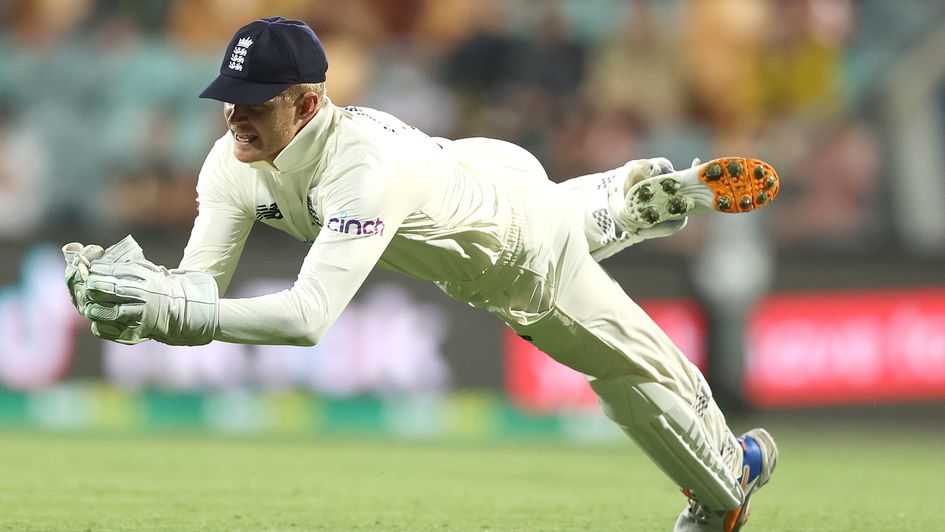 England endured another difficult day of Ashes cricket after disappointing with the bat once again, but debutant Sam Billings has “loved every minute” of his unexpected chance.

Billings was preparing to leave Australia after a stint with Sydney Thunder in the Big Bash League when injuries to Jos Buttler and Jonny Bairstow saw him drafted in as emergency cover.

He duly swapped a flight home for the chance of Test debut and has thrown himself into the challenge of trading blows with a clearly superior opponent.

The 30-year-old has given a solid account of himself in Hobart, performing energetically with the gloves and giving a jaded team some welcome chutzpah in the field. He flickered briefly with the bat on the second evening, scoring six boundaries in a knock of 29, but was unable to reverse England’s trend of poor totals.

They were dismissed for a slender 188 in under 48 overs, lacking the fortitude to make a real fight of the innings. At the close play Australia were 152 ahead on 37 for three, with Billings having snapped up his first two catches in Test cricket.

“Did it look like I was having fun? I absolutely loved it,” Billings said at the close, wearing a broader smile than most of his team-mates have mustered on a tour beset by problems from day one.

“It’s far better than being sat on the sofa, waiting to board a plane. I loved every minute of it. It was a great challenge out there against a brilliant attack that have been on fire this series. That’s what you want to do as a cricketer, pit yourself against the best. It was a shame I got out when I did because I felt in good rhythm, good flow, and really enjoyed it.

“I felt able to enjoy it a lot more than some previous times I’ve played for England when I’ve felt under so much pressure to perform or to take an opportunity. In the past I’ve probably not enjoyed it as much as I could, wondering if I’ll be picked for the next game or squad. This was a free hit and a great opportunity to make a statement.”

Billings does not know if the chance is a one off, with Surrey wicketkeeper Ben Foakes highly likely to get the call when England’s Test side reconvene in the West Indies in March.

But he has already seen first hand some of the problems that have dogged the side in recent times, with a handful of regrettable dismissals contributing to their taxing position.

“Most disappointing was that whenever we wrestled back any momentum at different times, we lost wickets,” he said.

“It was an eclectic mix of dismissals. There wasn’t a set way of getting out, it was a mixed bag.

“But positivity and energy is something that comes naturally to me. There is a lot to play for everyone in this squad, we’re playing in an Ashes Test.

“The result of the series hasn’t gone to plan but everyone has a reason to get up for it and be motivated to put in a performance.”

Australia skipper Pat Cummins saluted the efforts of nightwatch batter Scott Boland, who volunteered for a 20-minute stint at the close to protect the more valuable middle-order assets from a hostile Mark Wood spell.

He successfully negotiated 25 balls before stumps, taking the strain from Steve Smith and halting England’s charge.

“It was huge from Scotty, a huge effort from him,” said Cummins.

“He was solid in defence, wore a couple on his hands and hopefully, with his hard work, the batters can cash in when it is a little bit easier in the day time.”