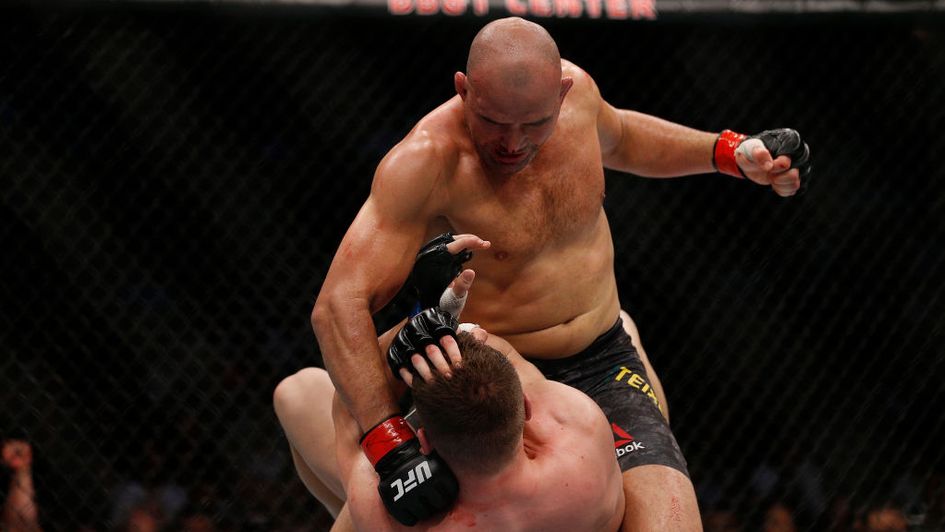 Will Dean is back to preview the eagerly-anticipated UFC 283, where Glover Teixeira is fancied to prove the star of the show.

0.5pts Deiveson Figueiredo to win by Decision at 13/5 (BoyleSports)

Rio de Janeiro’s Jeunesse Arena has been a popular destination for the UFC over the years, but the COVID-19 pandemic has prevented the organisation from returning to Brazil since March 2020. In fact, the last UFC event held in Brazil was one of the final events to take place before the sporting world came to a stand-still with various lockdowns.

Brazil’s MMA fans are world famous, so the UFC has been eager to reward them for their patience for some time. Saturday night’s UFC 283 pay-per-view event is likely to be worth the wait, with two Brazilians featuring in title bouts at the top of the billing. Spurred on by a passionate and vocal crowd, there is a strong possibility that we will see both fighters reclaim their belts on home soil.

43-year-old GLOVER TEIXEIRA’s ascent to the top of the UFC’s Light Heavyweight division has been something of a fairy-tale story. His prime years were spent in the shadow of Jon Jones, serving as a worthy second best at 205lbs. When Bones vacated the title and left the division, many felt that Teixeira’s opportunity had passed him by, but three consecutive victories against the weight class’ best saw him capture gold in 2021.

The Brazilian’s reign may have been short lived, but the opportunity to reclaim the belt has emerged from unique circumstances. After Jiri Prochazka vacated the belt due to injury, Jan Blachowicz and Magomed Ankalaev fought to an uninspiring draw in December, prompting a furious Dana White to step in and award Teixeira and Jamahal Hill the opportunity to bring some stability to the division.

Hill is a Contender Series graduate that has been earmarked for success since his debut, but his inclusion into the title picture seems premature. Just 18 months ago, Sweet Dreams was highlighting his inexperience when he failed to solve the submission puzzle that is Scotland’s Paul Craig, breaking his arm in the process. Impressive victories over 14th ranked Jimmy Crute, 12th ranked Johnny Walker and PFL-bound Thiago Santos did well to repair Hill’s momentum in later months, but the now 7th ranked Light Heavyweight still had some proving to do before his title shot was truly earned.

Glover Teixeira weighs in at 205 pounds for the #UFC283 main event ⚖️ pic.twitter.com/d68ANDcm0b

The gap in age between Hill and Teixeira will certainly give the former a significant speed advantage, but the Brazilian’s superior grappling and in-cage experience should be enough to see him reclaim his belt in his home country. At 43 years of age, there is always the potential that time will suddenly catch up with Teixeira, but without any clear indication that his MMA career is coming to an end, he should really be the betting favourite against Hill.

The opening round will be dangerous for Teixeira, but if he survives the early barrage and can exercise his high level Jiu-Jitsu skills, as he has done so many times before, then the division will once again find stability with the Brazilian at the pinnacle.

At 11/10, having faith in the veteran and backing Glover Teixeira to Win certainly seems like the side to be on. As a further wager, backing Teixeira to Win by TKO/KO or Submission also appeals at 8/5.

Saturday night’s Co-Main Event between DEIVESON FIGUEIREDO and Brandon Moreno will mark the first time in UFC history that the same opponents have met inside the Octagon on four separate occasions. Rematches are unnecessarily common in MMA, largely due to marketing reasons, but the margins of superiority between both men have been so fine in each of their previous bouts that a fourth showdown makes absolute sense.

Each fighter holds a win over the other, with their initial encounter ending in a draw. Moreno was victorious via submission in their second meeting, but a complicated weight cut and persistent Covid symptoms on Figueiredo’s side seem to have deemed the result an anomaly. The Brazilian made weight successfully on Friday morning for this weekend’s bout, meaning fans should expect a 25-minute war like the first and third encounters.

Whilst Figueiredo was deducted a point for an accidental low-blow in the first encounter, it is important to note that he actually ‘won’ three of the five rounds, and would otherwise have been declared the winner. Deus Da Guerra has such a significant power advantage over Moreno that has been integral to his success, with any significant damage likely swinging a round in his favour. Moreno has always been incredibly durable, but suffering three knockdowns to Figueiredo in their most recent bout, as well as being hurt twice by Kai Kara-France soon after, leads me to believe that his ability to absorb damage has certainly diminished over time.

With this fight taking place in Brazil, Figueiredo’s home advantage is likely to be another key variable that could easily tip the balance. Judges are only human, and their perception of exchanges during the fight can often be influenced by how the crowd react. On Saturday night, the vocal Brazilian fans will be firmly behind their man, and any moment of success that Figueiredo has is likely to amplified by the patriotic cheers behind him.

The arguments in favour of Figueiredo may appear small individually, but collectively they are more than enough to deem him the slight favourite heading into UFC 283’s Co-Main Event.

With the power advantage, a proven ability to win rounds, and the entire nation of Brazil behind him, Deiveson Figueiredo to Win is clearly the value play at 1/1. Given the likelihood that the fight is also once again expected to go the distance, backing Figueiredo to Win by Decision also stands out as an interesting price at 5/2.