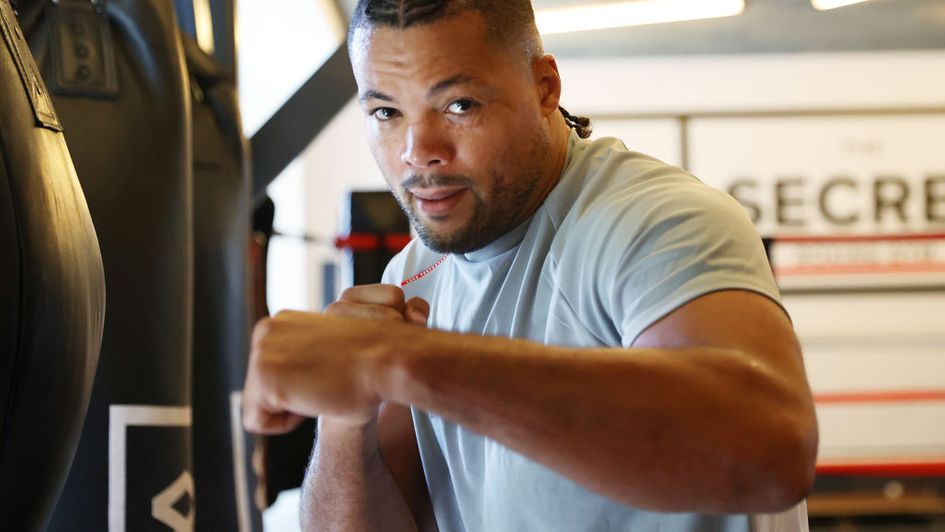 The eagerly-awaited heavyweight showdown between Joe Joyce and Joseph Parker is officially set for Saturday September 24 at Manchester’s AO Arena.

The pair will meet in a BT Sport Box Office PPV for the right to be the mandatory challenger for the WBO world heavyweight title currently held by Oleksandr Usyk. The Ukrainian master of course defends that belt in his rematch vs Anthony Joshua on Saturday August 20.

Joyce vs Parker has been a while in the making, but it should be a scrap worth waiting for - Sky Bet make Joyce a very slight early 8/13 favourite with Parker an 11/8 chance.

Joe (14-0 with 13 wins inside distance) returned to action from a near one-year absence last month when he easily disposed of the durable Christian Hammer. Parker (30-2 with 21 KOs) has not been out since the second of two 2021 wins over Dereck Chisora last December.

Joyce goes into the bout ranked #1 by the WBO, and with Parker ranked #2 there is a huge amount on the line when it comes to world title ramifications.

Big Joe vs Little Joe (@joeboxerparker)
September 24th @AOArena we will put on a hell of a show!
LIVE on @btsport pay per view it’s the fight I’ve wanted and I want to thank everyone involved for making it happen.
Let’s go!#THEJUGGERNAUT 👊🏾 pic.twitter.com/8hkL53bCMg

"This is a fantastic fight that really keeps the heavyweight ball rolling," said Joyce’s promoter Frank Warren. "It has proved to be a little while in the making, but this is a match between two in-form and quality heavyweights fighting to be first in the queue for a world title shot.

"It is one the fans want to see so I am delighted to be taking this blockbuster fight to Manchester, the biggest indoor arena in the country, which we want to see packed to the rafters.

"Joseph Parker is obviously a well-known and highly respected fight figure over here in the UK, both for his exploits in the ring and him working alongside Tyson Fury up in Morecambe. He also looks a greatly improved heavyweight since teaming up with Andy Lee and his defeat of Dereck Chisora last time out was a comprehensive one.

"This is the perfect test of big Joe's world championship credentials and victory over Parker would propel him into the top echelons of the division and right in the mix with the likes of Tyson Fury and Oleksandr Usyk."

Joyce meanwhile said: "Parker realised he had nowhere else to go and eventually had to take this fight. No. 1 Vs No. 2. The winner goes on to fight for the World Title! It’s going to be a cracking fight and you will see why he tried so hard to avoid me!"

Parker said: “On Saturday, September 24th, the fans in Manchester will see the very best of me. Joe Joyce will see exactly why I will become the heavyweight champion of the world again with BOXXER. I am working hard with my trainer Andy Lee, everything is going smoothly and I truly feel great. I have waited patiently to get this fight on and let me tell you now, the Juggernaut’s journey ends right here. He has nowhere to run.”