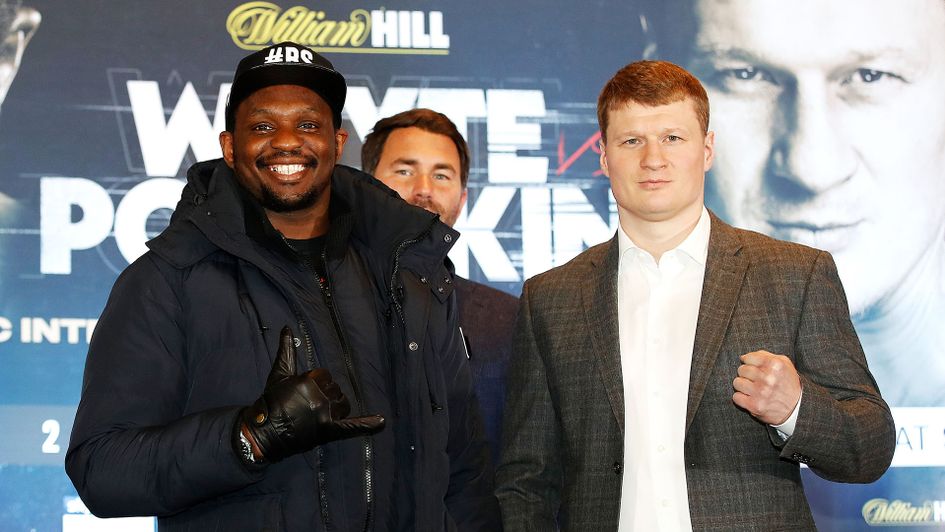 Britain's Dillian Whyte will fight Russian Alexander Povetkin on August 22 at the climax of four weeks of boxing in the back garden of promoter Eddie Hearn.

The heavyweight bout will take place without fans in a ring erected at the home of Hearn in Brentwood, Essex as British boxing begins to return following disruption caused by the coronavirus pandemic.

'Fight Camp', as the upcoming series of contests has been dubbed, will begin on Saturday, August 1 with Sam Eggington putting his IBF international super-welterweight title on the line against Ted Cheeseman.

There will also be events on August 7 and 14, before former WBC interim heavyweight champion Whyte, 32, rounds things off by going up against the big-hitting Povetkin.

All the fights from @MatchroomBoxing's Fight Camp 🔥👌

📺 Watch it all on Sky Sports pic.twitter.com/vyzwYzKz9D

Ireland's Katie Taylor will defend her undisputed lightweight world titles against an unnamed opponent on the same evening as Whyte's bout.

Fighters will be expected to enter a bubble ahead of their matches and, alongside officials, staff and media, will undergo testing for Covid-19.

"We've been working diligently with the British Boxing Board of Control for the last three months. We're in a position where we know the procedures that have to take place to make the sport safe to return.

"We feel like we've done it at the right time, we feel like everything's safe. We've got a brilliant schedule of fights lined up and we can't wait to bring boxing back to your screens.

"We have no crowd, we don't have the 80,000 singing 'Sweet Caroline' and have the energy of the audience but what we do have is the beauty of boxing, the rawness of the sport.

"We need to make sure those fights are compelling."